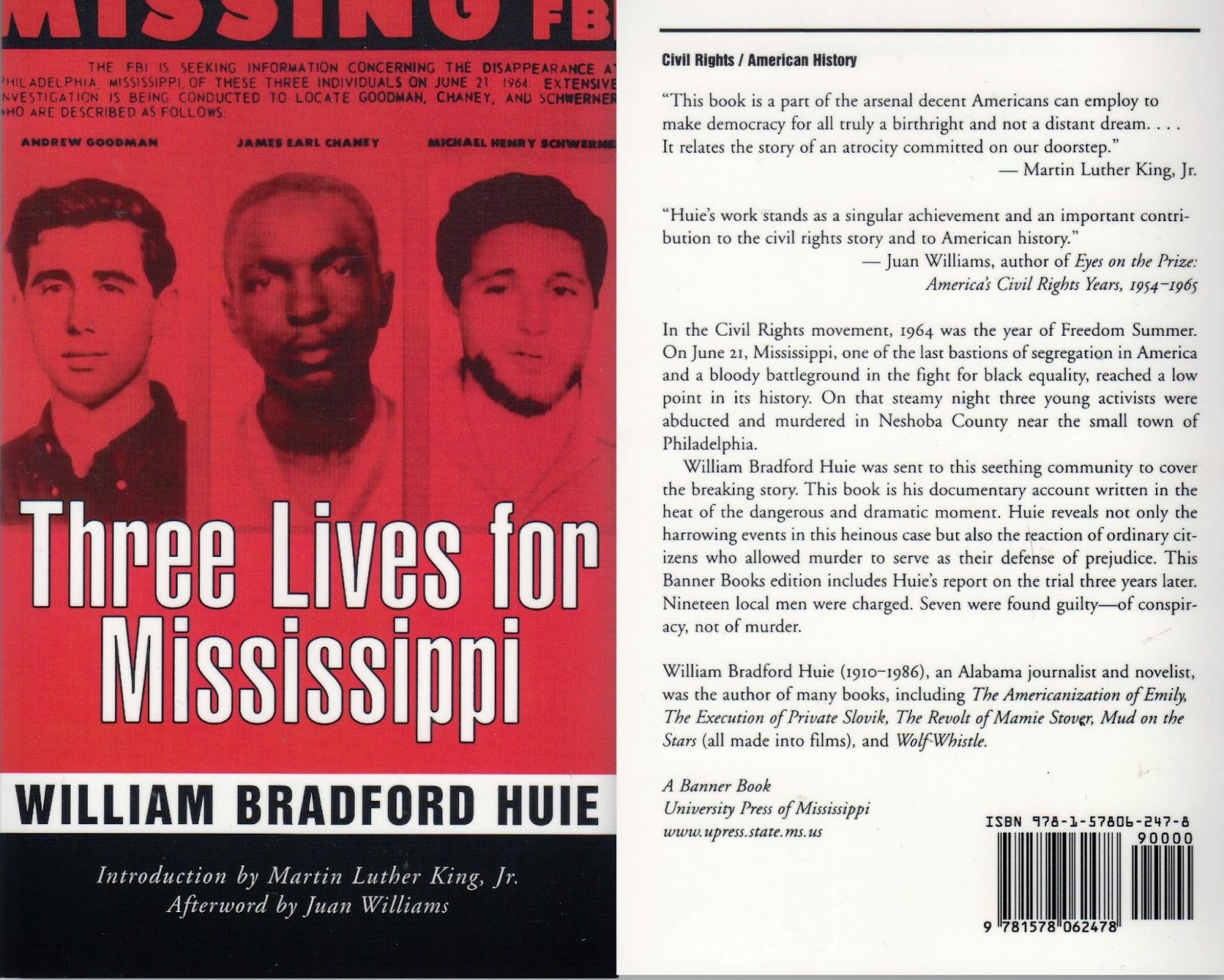 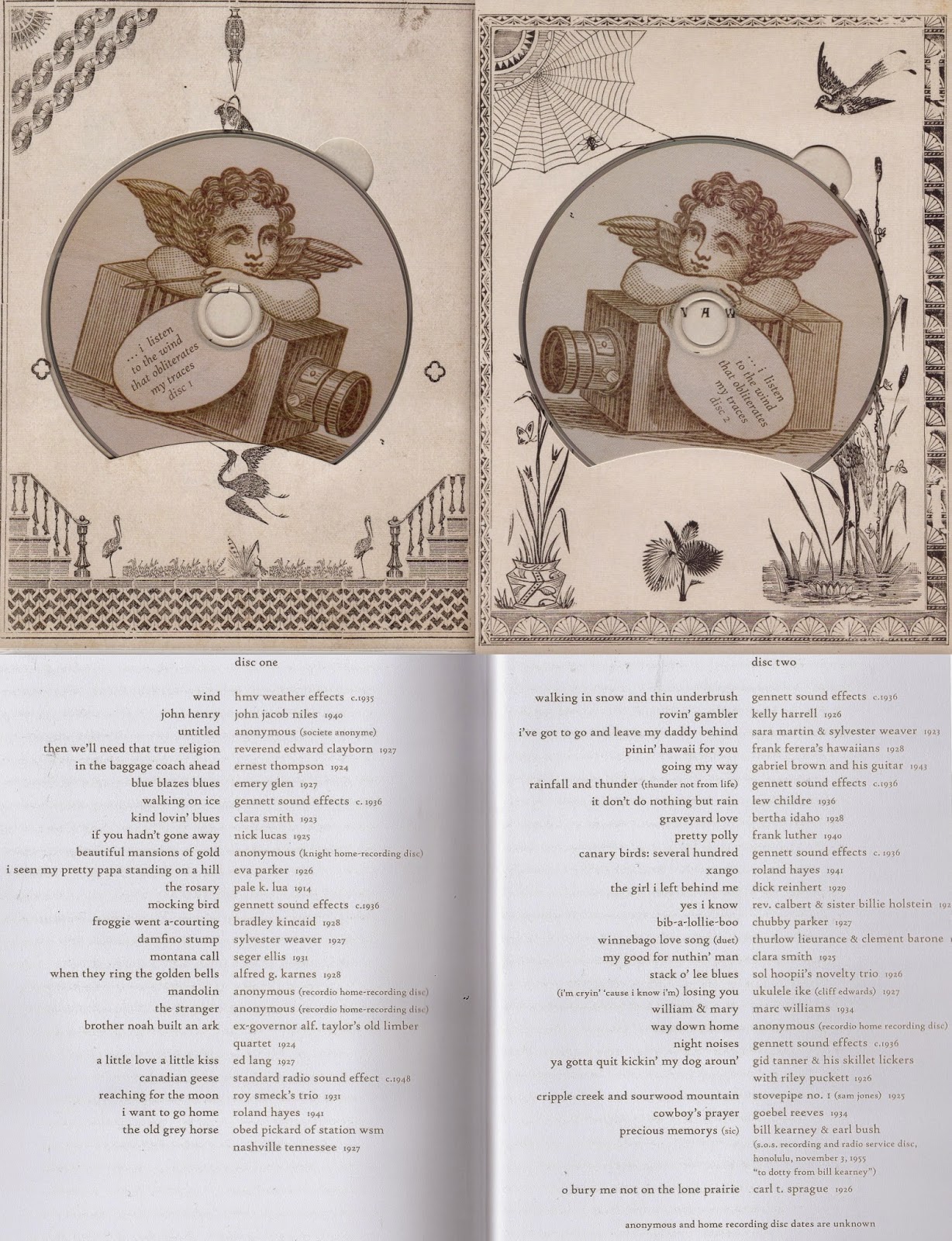 Mary Ellison - Extensions of the Blues

Wolfgang Schorlau - DOWN AT THERESA`S - The Photographs of Marc Pokempner 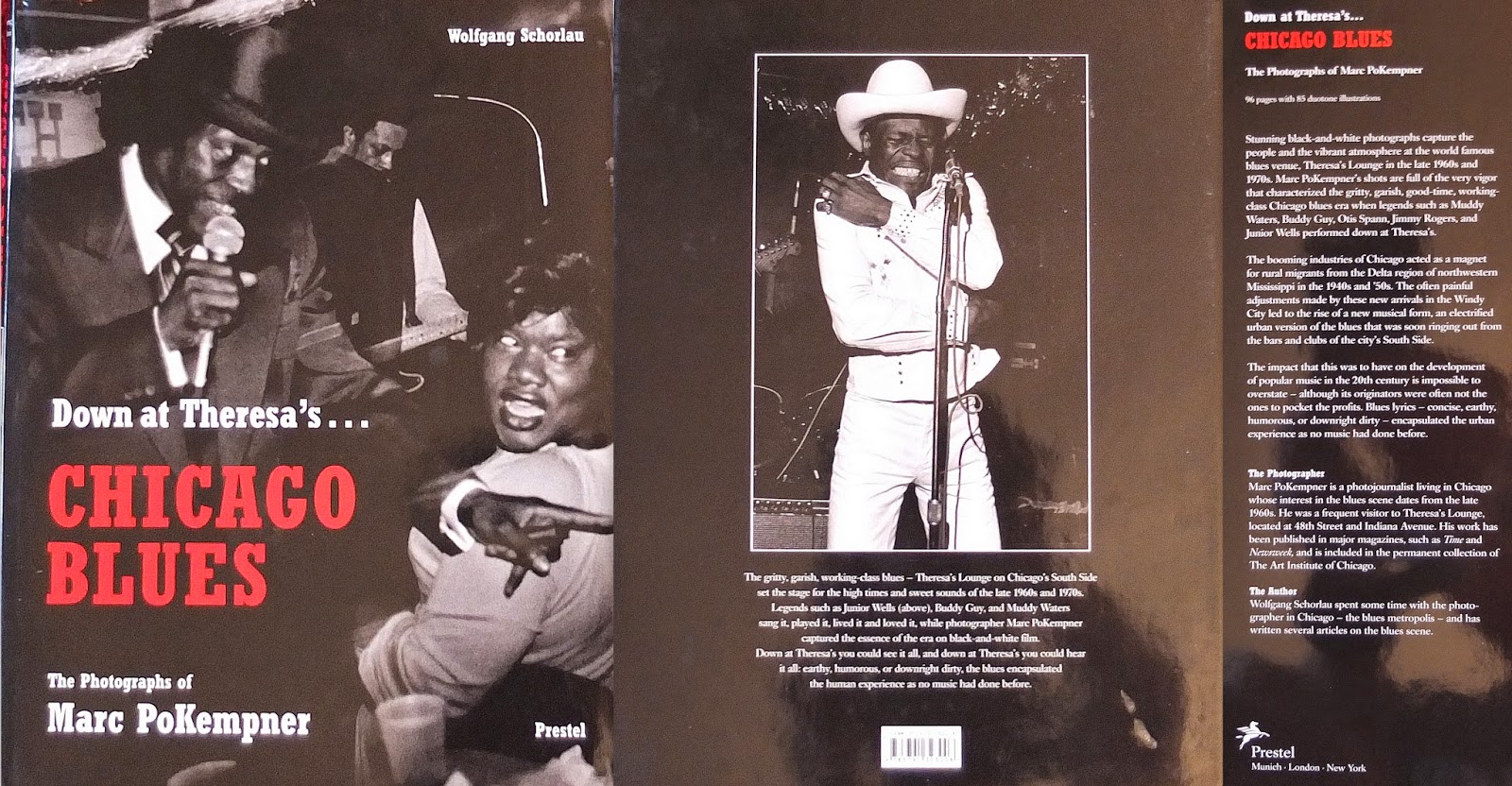 
For most of his life, collector Jim Linderman has searched high and low for authentic things—unique and special objects that define the artistic culture of the American experience. From folk art to popular culture, from pulp fiction to Delta Blues— Jim is a walking authority on so many things American they are too numerous to mention. One thing is certain— his collecting interests are for things that have fallen through the cracks, those things lost and forgotten—the box of material under the table at the flea market booth. If it wasn’t for dedicated collectors like Jim Linderman— so many important objects about our culture would have surely been lost to time and indifference.
Take Me to the Water: Immersion Baptism in Vintage Music and Photography 1890-1950 is Linderman’s first book. The 96-page hardcover book (8.75 x 6 inches) has 75 sepia photograph reproductions from 1890-1950 and is accompanied by a CD of rare gospel and folk recordings from original 78-RPM records (1924-1940). It features recordings of artists like Washington Phillips, Carter Family, Tennessee Mountaineers, and lesser known and rare groups like the Belmont Silvertone Jubilee Singers, a vocal quartet in 1939. Included as well are rare vocal recordings of sermons and preaching which highlight the fervor leading up to the moment of cleansing one’s soul in immersion baptism.” — John Foster, Accidental Mysteries 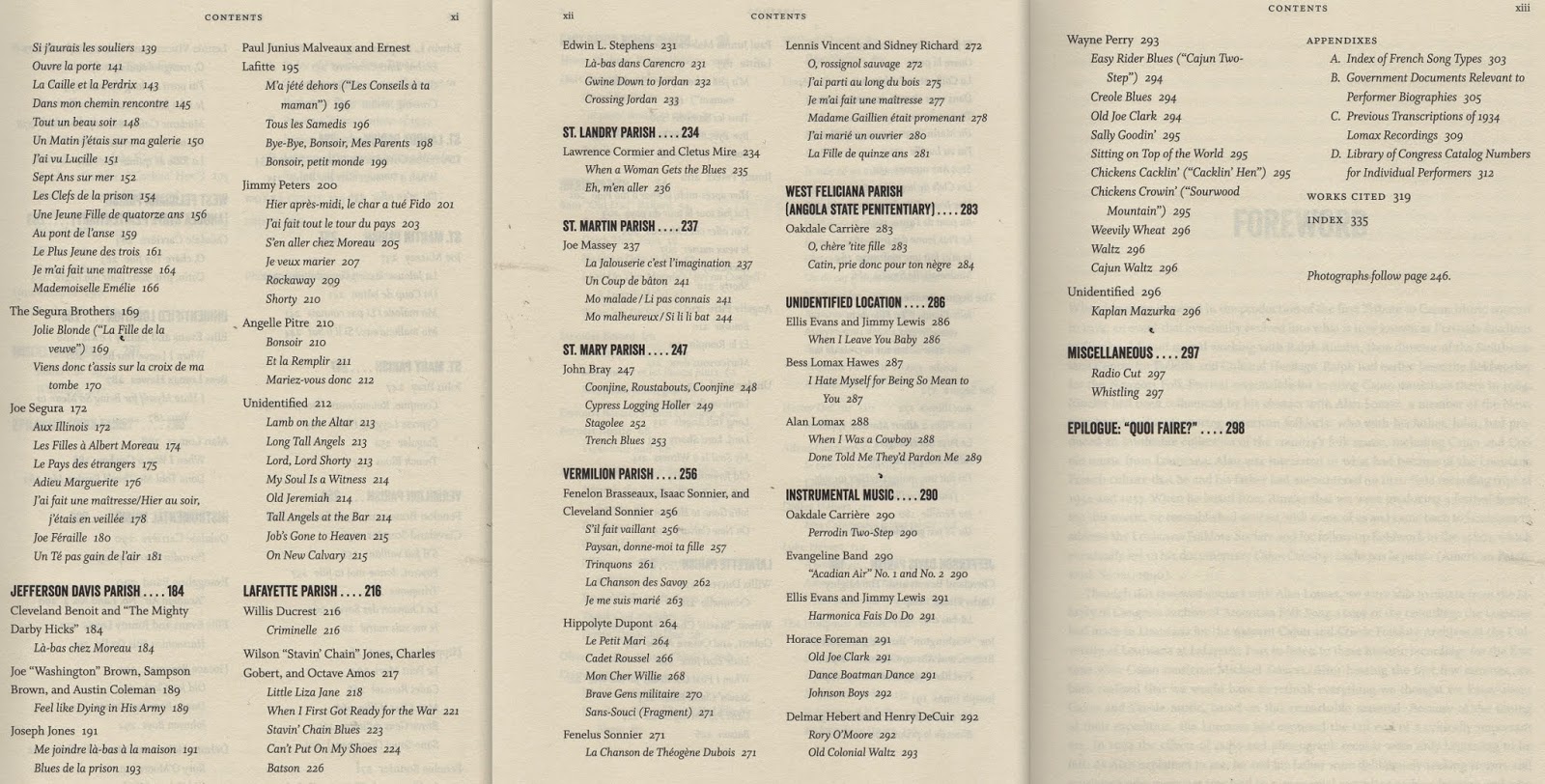 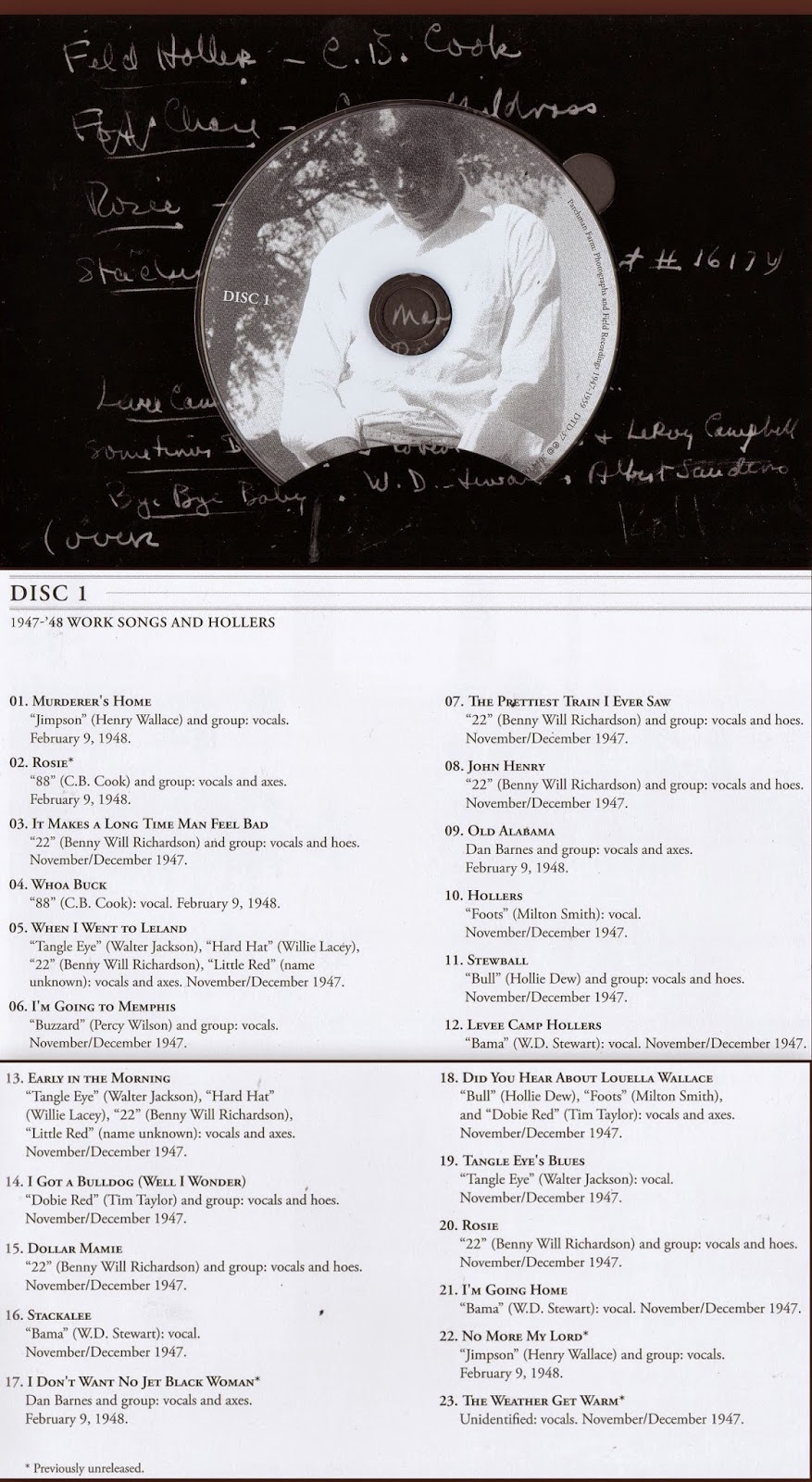 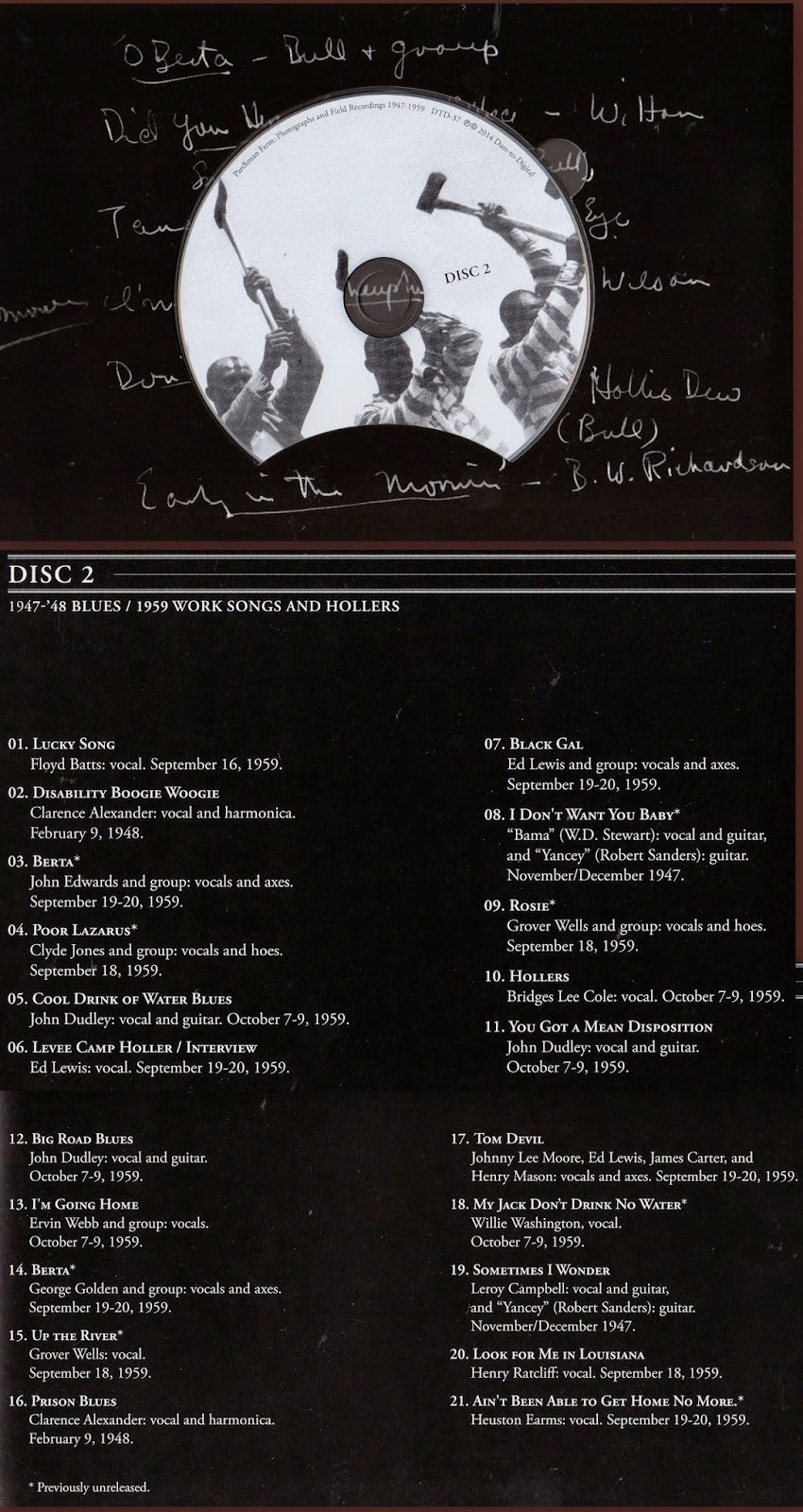 Description: 124-page hardcover book with 2 CDs, includes slipcase and foil stamping
44 audio recordings, 12 previously unreleased, all newly remastered;
77 photographs, many published here for the first time;
Essays by Alan Lomax, Anna Lomax Wood, and Bruce Jackson.
Produced by Steven Lance Ledbetter, founder of Dust-to-Digital, and Nathan Salsburg, curator of the Alan Lomax Archive.
In 1947, ’48 and ’59, renowned folklorist Alan Lomax went behind the barbed wire into the Mississippi State Penitentiary at Parchman. Armed with a reel-to-reel tape deck—and, in 1959, a camera—Lomax documented as best an outsider could the stark and savage conditions of the prison farm, where the black inmates labored “from can’t to can’t,” chopping timber, clearing ground, and picking cotton for the state. They sang as they worked, keeping time with axes or hoes, adapting to their condition the slavery-time hollers that sustained their forbears and creating a new body of American song. Theirs was music, as Lomax wrote, that “testified to the love of truth and beauty which is a universal human trait.”
“A few strands of wire were all that separated the prison from adjoining plantations. Only the sight of an occasional armed guard or a barred window in one of the frame dormitories made one realize that this was a prison. The land produced the same crop; there was the same work for blacks to do on both sides of the fence. And there was no Delta black who was not aware of how easy it was for him to find himself on the wrong side of those few strands of barbed wire…. These songs are a vivid reminder of a system of social control and forced labor that has endured in the South for centuries, and I do not believe that the pattern of Southern life can be fundamentally reshaped until what lies behind these roaring, ironic choruses is understood.” — Alan Lomax, 1958
“Black prisoners in all the Southern agricultural prisons in the years of these recordings participated in two distinct musical traditions: free world (the blues, hollers, spirituals and other songs they sang outside and, when the situation permitted, sang inside as well) and the work-songs, which were specific to the prison situation, and the recordings in this album represent that complete range of material, which is one of the reasons this set is so important: it doesn’t just show this or that tradition within Parchman, but the range of musical traditions performed by black prisoners. I know of no other album that does that.” — Bruce Jackson, 2013
Tracklist
Disc 1: 1947-’48 Work Songs and Hollers
1. Jimpson and Group – “Murderer’s Home”
2. 88 and Group – “Rosie” *
3. 22 and Group – “It Makes A Long Time Man Feel Bad”
4. 88 – “Whoa Buck”
5. Tangle Eye, Hard Hat, 22, and Little Red – “When I Went to Leland”
6. Buzzard and group – “I’m Going to Memphis”
7. 22 and Group – “The Prettiest Train I Ever Saw”
8. 22 and Group – “John Henry”
9. Dan Barnes and Group – “John Old Alabama”
10. Foots – “Hollers”
11. Dobie Red and Group – “Stewball”
12. Bama – “Levee Camp Hollers”
13. Tangle Eye, Hard Hat, 22 and Little Red – “Early In the Morning”
14. Dobie Red and Group — “I Got A Bulldog (Well I Wonder)”
15. 22 and Group – “Dollar Mamie”
16. Bama – “Stackalee”
17. Dan Barnes and group – “I Don’t Want No Jet Black Woman” *
18. Bull, Foots and Dobie Red – “Did You Hear About Louella Wallace”
19. Tangle Eye – “Tangle Eye’s Blues”
20. 22 and Group – “Rosie”
21. Bama – “I’m Going Home”
22. Jimpson and Group – “No More My Lord”
23. Unidentified Group – “The Weather Get Warm” *
Disc 2: 1947-’48 Blues / 1959 Work Songs and Hollers
1. Floyd Batts – “Lucky Song”
2. Clarence Alexander – “Disability Boogie Woogie”
3. John Edwards and Group – “Berta” *
4. Clyde Jones and Group – “Poor Lazarus” *
5. John Dudley – “Cool Drink of Water Blues”
6. Ed Lewis – “Levee Camp Holler / Interview”
7. Ed Lewis and Group – “Black Gal”
8. Bama – “I Don’t Want You Baby” *
9. Grover Wells and Group – “Rosie” *
10. Bridges Lee Cole – “Hollers”
11. John Dudley – “You Got a Mean Disposition”
12. John Dudley – “Big Road Blues”
13. Ervin Webb and Group – “I’m Going Home”
14. George Golden and Group – “Berta” *
15. Grover Wells – “Up the River” *
16. Clarence Alexander – “Prison Blues”
17. Johnny Lee Moore, Ed Lewis, James Carter, and Henry Mason – “Tom Devil”
18. Willie Washington – “My Jack Don’t Drink No Water” *
19. Leroy Campbell and Yancey – “Sometimes I Wonder”
20. Henry Ratcliff – “Look for Me In Louisiana”
21. Heuston Earms – “Ain’t Been Able to Get Home No More” *
*Previously unreleased.
Eingestellt von http://bluesbooks.blogspot.com/ um 06:34 Keine Kommentare: 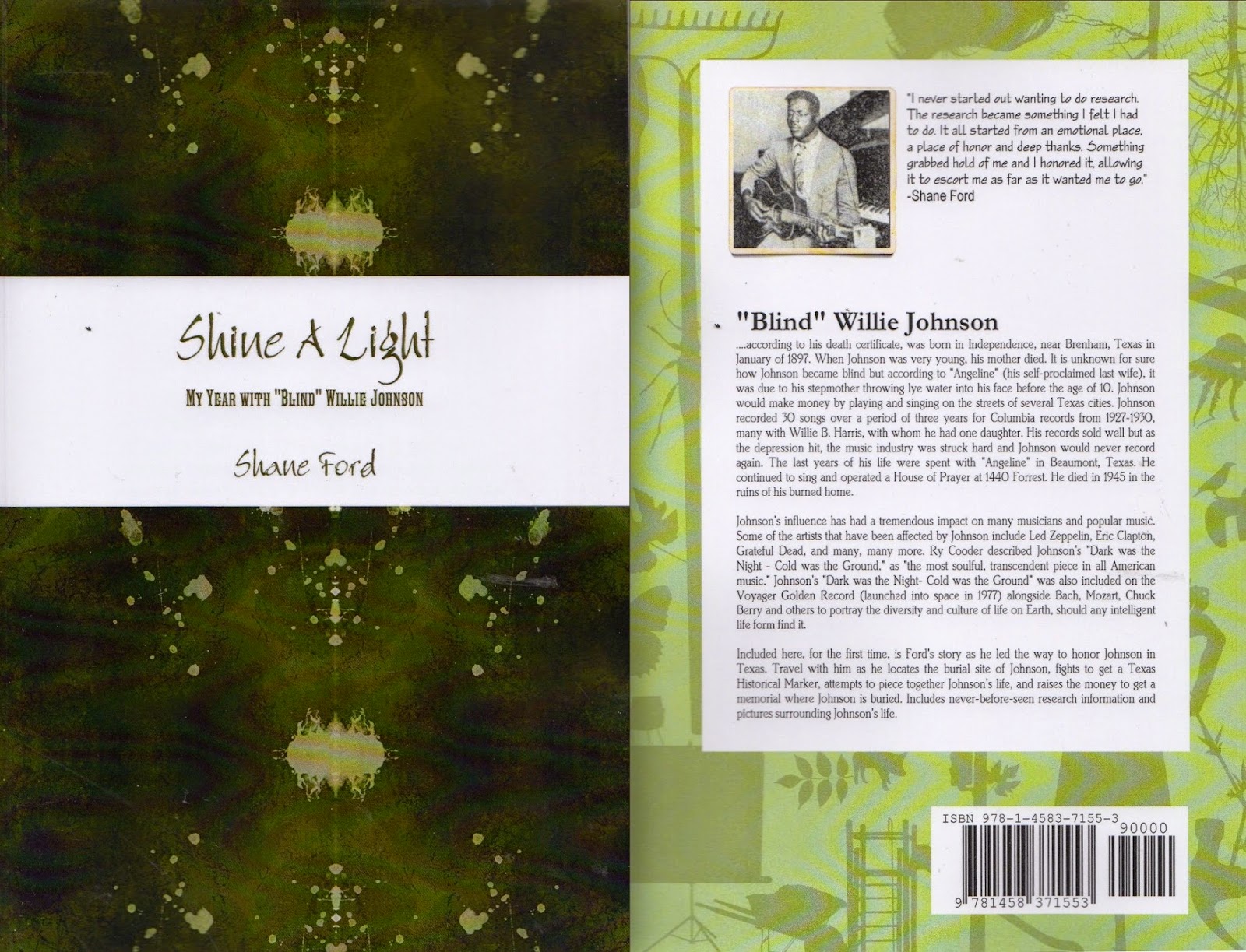 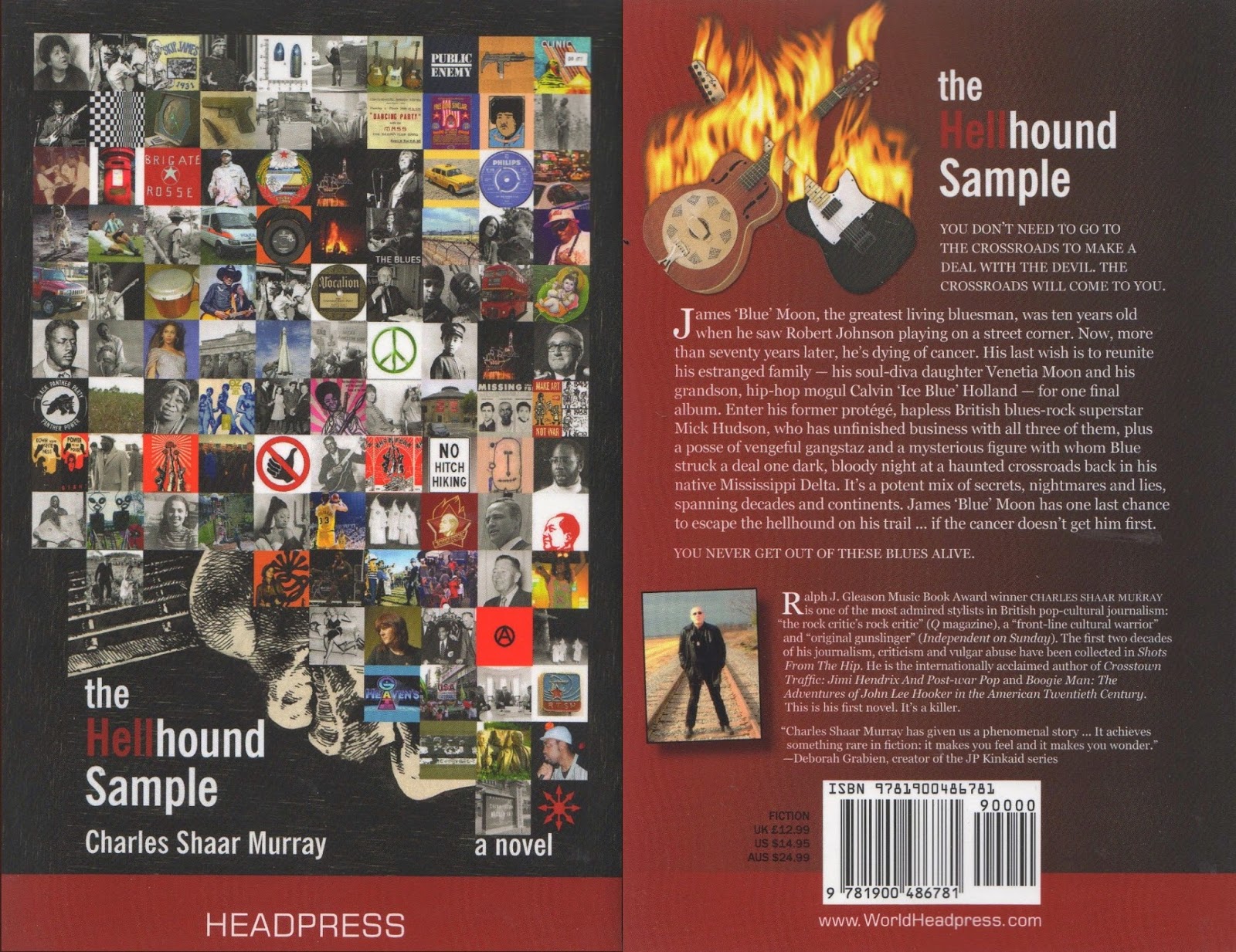 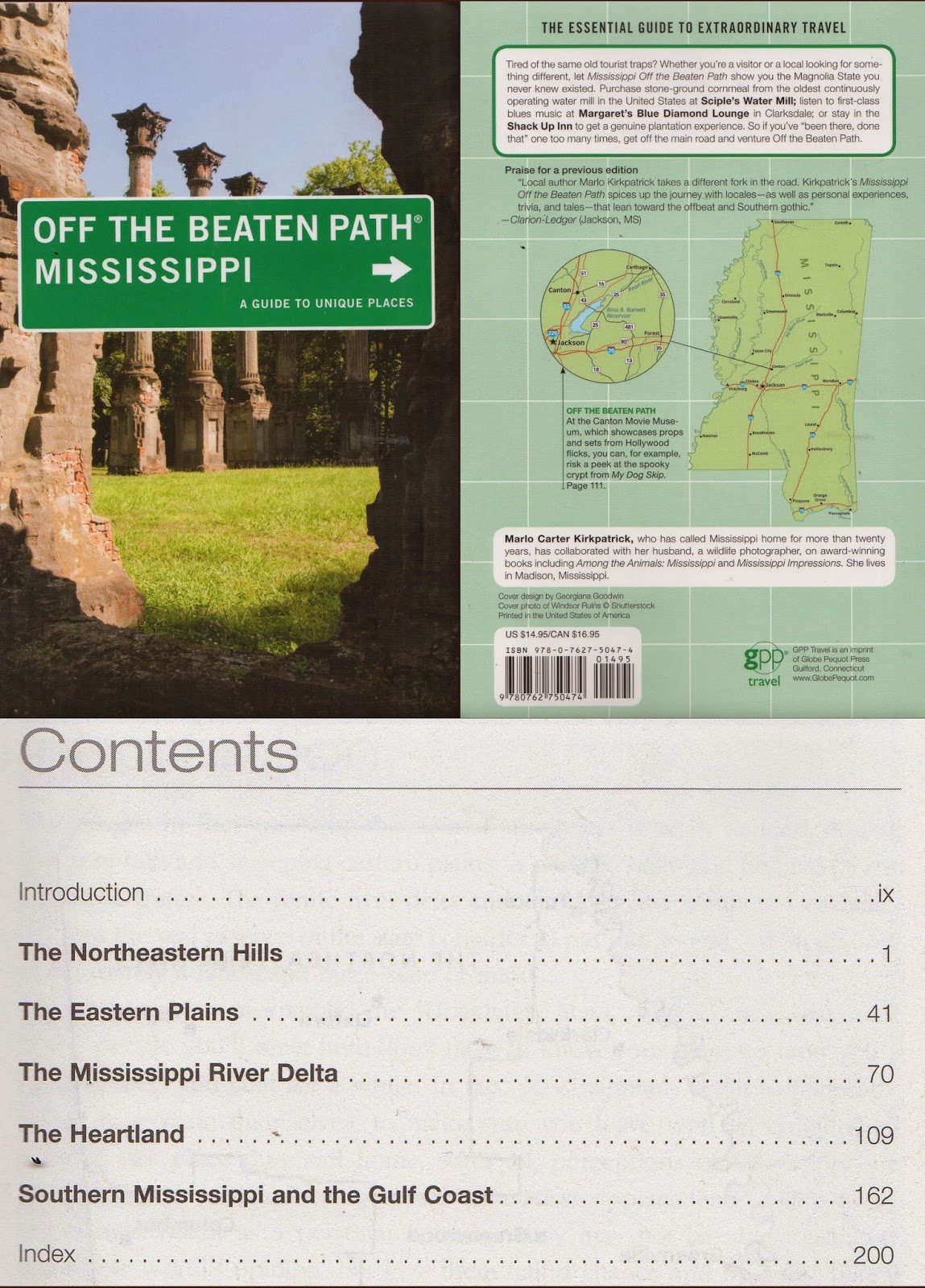 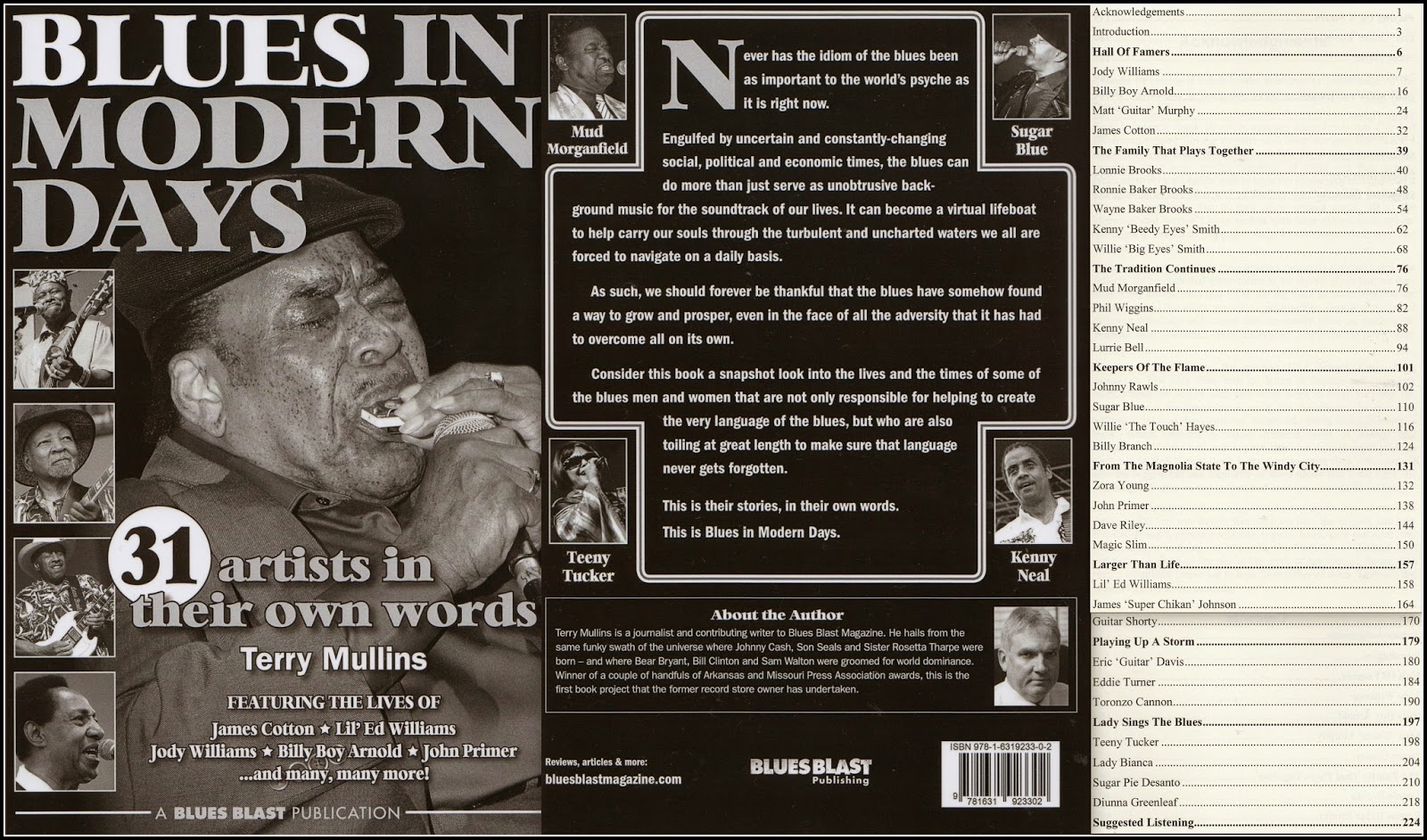 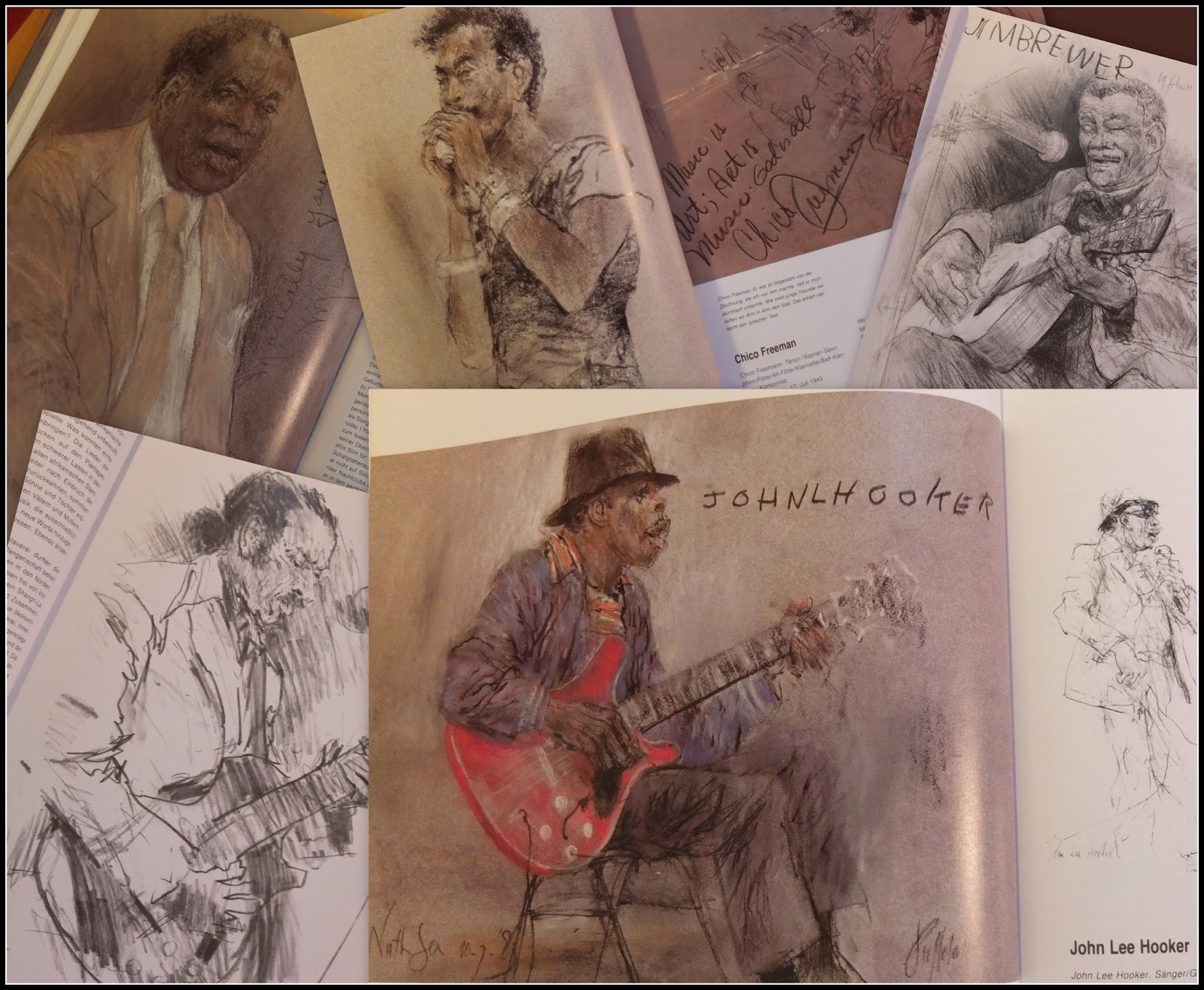