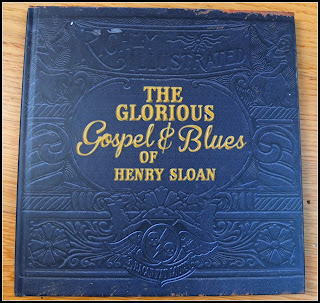 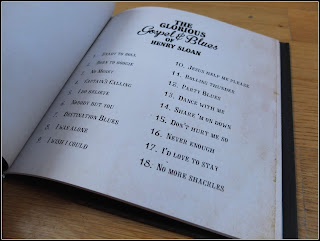 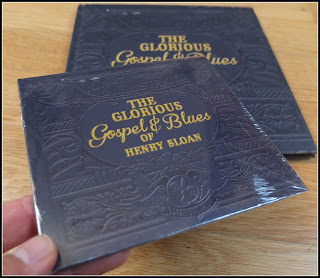 "Mondo and Z2 Comics are proud to present the original score to the musical noir graphic novel MURDERBALLADS, composed and produced by Dan Auerbach of The Black Keys and featuring vocals by iconic bluesman Robert Finley. This limited edition box set contains the score on heavyweight, colored 10" vinyl, the full 160-page graphic novel written by Gabe Soria and illustrated by Paul Reinwand and Chris Hunt, and three exclusive prints by artist Tyler Boss. The entire collection will be housed in a custom clamshell box with exclusive painted art by Jon Langford of The Mekons.
MURDER BALLADS follows the fall and reinvention of Nate Theodore, the dead-broke and deadbeat owner of a failed record label who is on a cross-country drive in the dead of winter with his wife Mary, fleeing the wreckage of their business and heading towards the destruction of their marriage. But Nate is given an unexpected chance to redeem himself when, during an unscheduled detour, he "discovers" Donny and Marvell Fontweathers, two African-American brothers who play a singular version of doom-laden country blues.
Dan Auerbach and Robert Finley recorded the original score for the book at Easy Eye Studios in Nashville, collaborating with writer Gabe Soria to weave the story's narrative into the music, resulting in an organic marriage of sound, narrative and graphic image.
Limited to 500 copies and available only through Mondo." 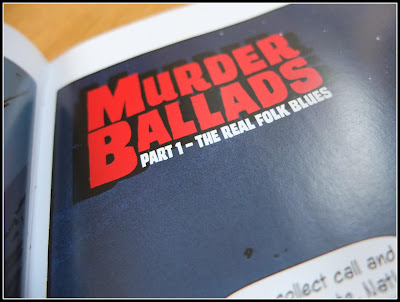 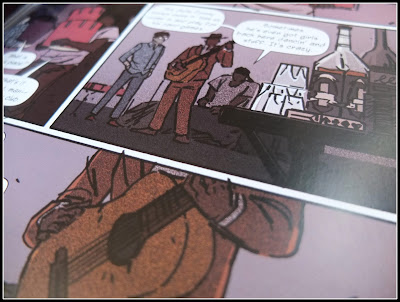 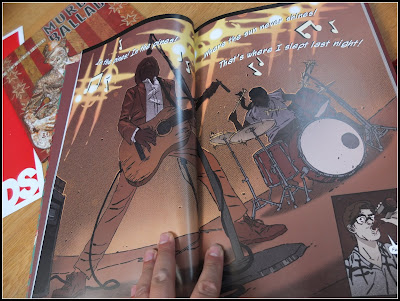 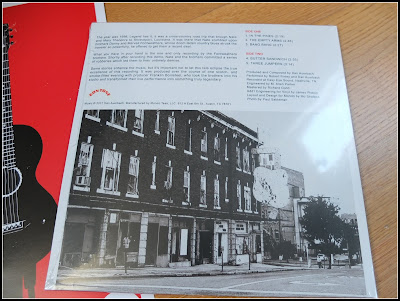